Avery Johnson is a former NBA basketball player, NBA coach, and NCAA Men’s basketball coach. A New Orleans native, Mr. Johnson signed with the Seattle Supersonics in 1988 and went on to play a sixteen-season career with the NBA. Known as “The Little General” for his on-court leadership and diminutive stature, Mr. Johnson played with seven different teams, most notably helping guide the San Antonio Spurs to their 1999 NBA Championship.

Mr. Johnson’s coaching career began in 2004, when he transitioned from player to assistant coach for the Dallas Mavericks. The following year, he took over as head coach and led the Mavericks to the team’s first ever Western Conference Championship and was later named NBA Coach of the Year. In 2010, Mr. Johnson became head coach to a struggling New Jersey Nets team where he emphasized discipline, attitude, and collaboration to lead the team on a remarkable turnaround. As a result, he was named the Eastern Conference Coach of the Month for October and November 2012. From 2015 – 2019, he was invited to join the University of Alabama’s athletic department as the new head men’s basketball coach where he guided the Crimson Tide to the 2018 NCAA tournament. During this time, Mr. Johnson also worked as a broadcast analyst for ESPN & CBS Sports, where he continues to be featured to this day.

An entrepreneur at heart, Mr. Johnson has advised on business dealings in a variety of sectors including oil and gas, multi-family and commercial real estate. He is also a sought-after motivational speaker, known for his fireside chats with Fortune 500 CEOs, as well as his motivational speeches and management training sessions. In 2008, he published his second book, Aspire Higher:  Winning On and Off the Court with Determination, Discipline and Decisions. In early 2020, Avery Johnson and John Bailey formed Allan Bailey Johnson Group, LLC, a national minority owned and operated commercial real estate advisory firm.

Mr. Johnson is very involved in the community. He is on the board of Behind Every Door, a nonprofit that operates a network of community centers helping to alleviate poverty in Dallas, as well as supporting Shoreline City Church and Hunger Busters, a food pantry in Dallas.

Mr. Johnson received his bachelor’s degree in psychology from Southern University, where he met his wife Cassandra. The two married in 1991 in New Orleans and have two children, Christianne, (University of Pennsylvania, Class of 2015, and Northwestern Kellogg School of Management Class of 2022) and Avery Jr. (University of Alabama, Class of 2018, Master’s Class of 2019). 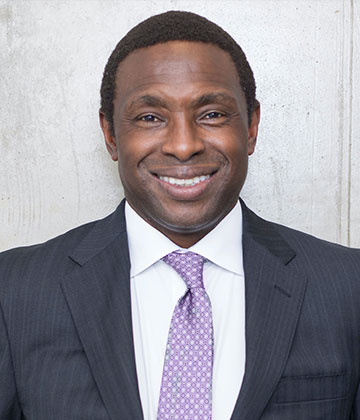